We live in a time where women receive less than 2.19% of all venture capital funding. But within this tiny percentage, there lives a group of startup founders who are poised to generate outsized returns for their investors.

In 2017, we saw a growing number of women-led companies achieve significant traction with customers and raise millions of investment dollars to expand their businesses. Startups like Accompany, Glossier, Shippo, and Lumi, among others, are killing it.

We asked investors from top venture capital firms to tell us about women-led startups they are most enthusiastic about. The responses may include companies in their portfolio, or companies they are excited about across a variety of industries. These startups are all hiring, and looking for talented people to join their teams. Below is a curated list of 20 of the best female founded companies to join in 2018.

Accompany uses artificial intelligence and machine learning to be your virtual chief of staff, providing you with all of the information you need about anyone you are meeting with in a given day. Accompany has raised over $40M to date from top investors, and is led by CEO Amy Chang, who previously ran Google Analytics. Glossier is a direct-to-consumer beauty brand with a cult-like following. Founder Emily Weiss originally started the company as Into the Gloss, a blog that reached over 1 million uniques. The company raised $24M last year and is growing quickly, opening retail stores and expanding internationally. Brandless is a direct to consumer e-commerce company that sells over 250 food, beauty, and household products all for $3. Some of CEO Tina Sharkey’s past endeavors include serving as CEO of Sherpa Foundry and SVP at AOL. Verge Genomics uses machine learning and human genomic data to defeat neurodegeneration. Using the same breakthroughs that power Google’s search engines, the company has discovered a way to map out the hundreds of genes that cause diseases like Alzheimers, ALS, and Parkinsons, and then find drugs that target all of the genes at once.

P.S. Founder Alice Zhang was recently named to Forbes 30 Under 30. Mighty Networks allows users to connect in communities around their interests. Before launching Mighty Networks, Gina Bianchini co-founded social platform Ning along with Marc Andreessen, which grew to 90 million people across 300,000 active communities in entertainment, politics and education. Hipcamp is a marketplace that connects campers and land. With 60 percent of U.S. land privately owned, the company aims to bring the world’s public campsites online, unlock private lands for camping, and get more people outside. Founded by Alyssa Ravasio in 2013, there are over 285,000 campsites, ranches, vineyards, farms, public parks available to book on the company’s website.

“Hipcamp is not only poised to build a big business, but with a wonderful mission: to get people outside to nature, and to inspire the next generation of people who are passionate about conservation.” — Lisa Marrone, August Capital Founder Jesse Genet has done well since turning down a deal on Shark Tank two years ago. The company went through Y Combinator, and currently serves customers from all 50 states and 20 countries worldwide. Shippo provides retailers with an API that simplifies the process of shipping items. Using Shippo’s API and web app, merchants can compare rates across USPS, FedEX, UPS, and other carriers. The company also prints labels, tracks packages, and automates paperwork.

“Outside of [our portfolio], I am a big fan of Laura Behrens-Wu at Shippo. She’s easily amongst the most inspiring people I’ve met and is building an amazing company that celebrates and supports its women. One would be lucky to work for Laura.” — Siri Srinivas, Draper Associates Flex makes a tampon alternative that women can wear during sex. Since launching, Flex has become FDA-compliant and has an annual run rate in the multi-millions. Fun fact: 20% of Flex customers are men.

Co-founders Lauren Schulte and Erika Jensen have raised over $4M for the company, and are looking to add engineers, marketers, and customer support agents to the team. May Mobility is an autonomous vehicle startup that deploys fleets of driverless vehicles for enterprise and municipal customers. Co-founder Alisyn Malek previously worked at GM Ventures, where she oversaw the relationship with Cruise Automation, the driverless car startup acquired by GM in 2016.

“An engineer by training, [Alisyn] has a unique blend of tech and business savvy that is critical in the autonomous vehicle industry. Her leadership has helped May Mobility roll out its autonomous vehicles at an unprecedented pace — less than a year after launch, they’re already operating on the streets in downtown Detroit. ”— Sara Deshpande, Maven Ventures

Werk is a job search platform founded on the belief that flexibility is the highest-impact, lowest-cost tool to recruit, advance, and retain women. The company sources and curates highly flexible jobs from top companies like HBO, Deloitte, and Samsung.

“Annie Dean and Anna Auerbach started this company as 2 McKinsey alums who realized they couldn’t continue working if they grew their families, so they are solving this problem for everyone else. They run a flexible to full time job marketplace catering to some of the largest corporations and they also offer tech products that hold the corporations accountable when it comes to supporting flexible work options and thus families.” — Jesse Draper, Halogen Ventures 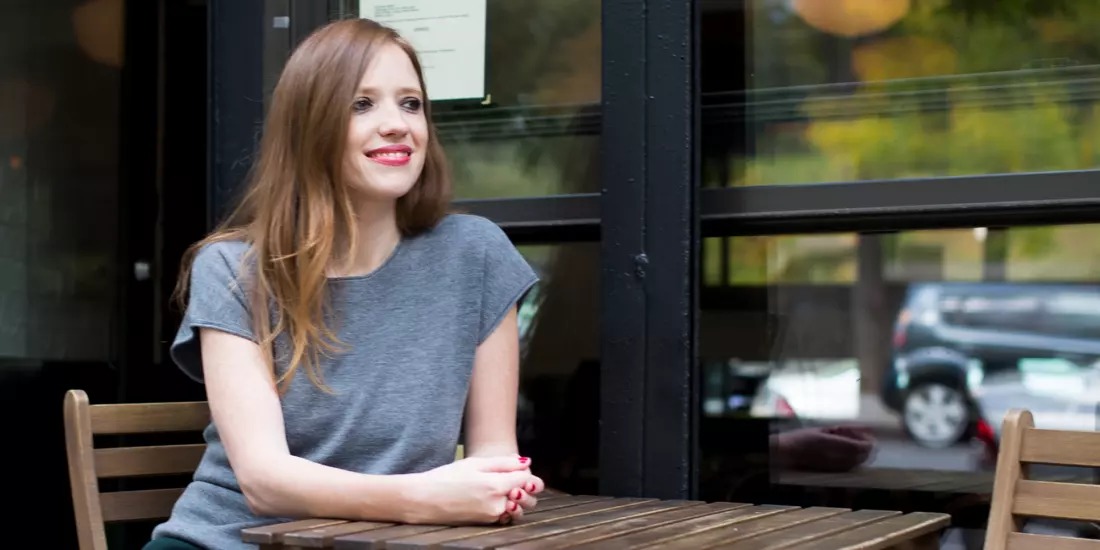 Maven connects working women with doctors, nurse practitioners, nutritionists, and mental health providers on-demand. With appointments starting at $18, Maven aims to provide specialized, affordable care for less than the price of a copay. Prior to starting Maven, founder and CEO Kate Ryder worked at Index Ventures as an early-stage investor. Since launching in 2015, the company has served nearly 100,000 patients.

“As a woman, I know how amazing it is to have my health care tailored to my experience on the planet, and to have access to physicians with advanced knowledge of female health and concerns. When I saw this company emerge, I thought to myself, Finally!” — Camille Rickets, First Round Capital 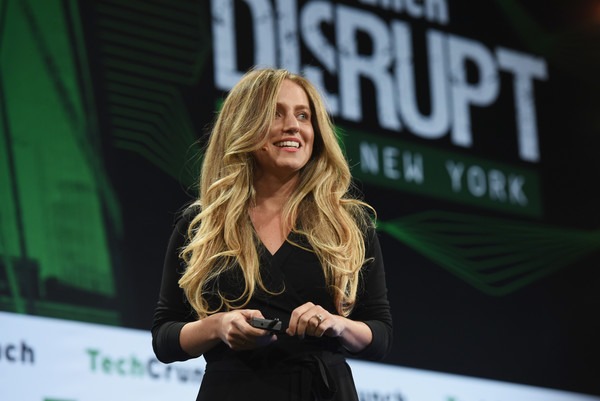 Ritual offers a 30-day supply of subscription vitamins for $30 per month. The company open-sources where its ingredients come from on its website, and recently closed $10.5M in Series A funding to scale the business and develop in-house technology.

Founder and CEO Kat Schneider has assembled an in-house team of scientists and a medical board to build out the vitamin brand. 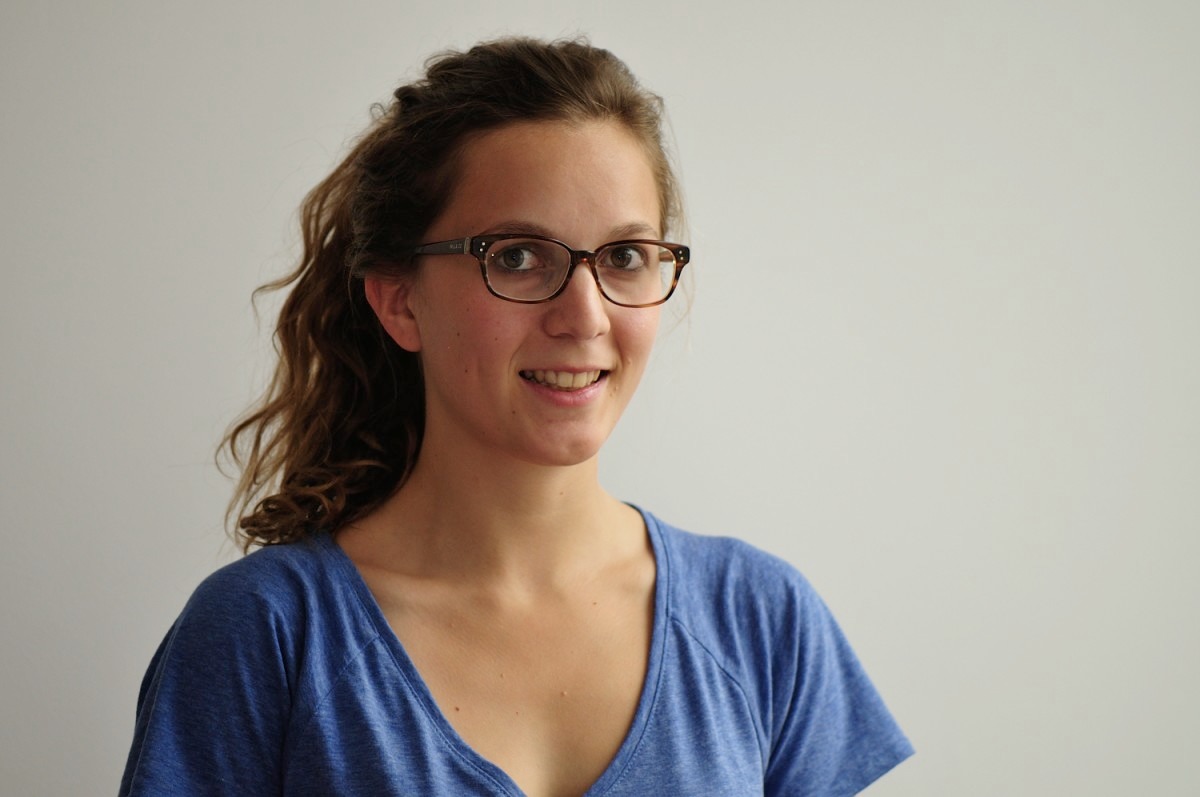 Front streamlines how teams communicate internally and with customers across channels. The company aims to combat the issues associated with confusing threads, duplicate replies, and missed messages.

“I first encountered Front and became a customer while I was at Y Combinator. It’s an easy to use, valuable tool that makes shared inboxes seamless. They have since expanded beyond email to include other communication channels. Front was co-founded by Mathilde Collin who is hands down, one of the most talented founders I’ve ever met. She’s also an incredibly accessible person and has managed to make writing about email interesting — not an easy feat.” — Susan Hobbs, CrunchFund